The whale shark is the biggest fish and shark in the world and an endangered species. These gentle marine giants roam the oceans around the globe, generally alone. But in the summer months, large numbers of whale sharks gather near Isla Mujeres with its abundant plankton food—making them prime tourist attractions.

The Mexican government agency devoted to promoting the protection, restoration and conservation of Mexico’s ecosystems (SEMARNAT) has issued the following safety and sustainability regulations.

The boats, with propeller protectors, should always remain at a distance from the whale sharks. Once spotted, the boat should approach slowly, and turn off the engine and let swimmers jump into the water well ahead of the oncoming shark, so it doesn’t get startled. Maximum two people in the water at a time with the certified guide. Swimmers must maintain a minimum of six feet distance. Absolutely no touching of the whale sharks. 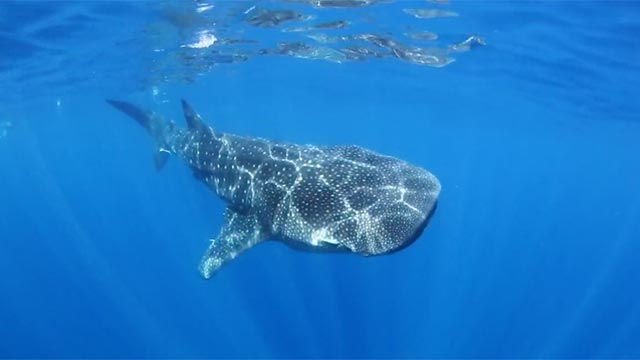 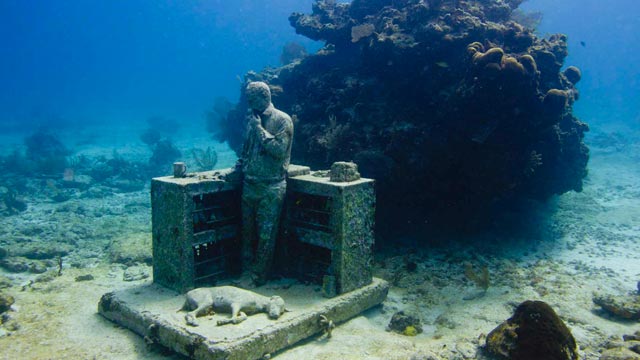 MUSA is a Non-Profit Organization devoted to the Art of Conservation. An innovative project designed to counteract the effects of climate change on our oceans and reef systems. This museum is a work-in-progress and located just off the coast of Isla Mujeres. It was formally opened to the public on November 26, 2010 and will ultimately consist of 12 galleries containing nearly 1,364 artificial habitats. The aim is to discharge the accumulated impact of over 1,000,000 visiting tourists each year in the natural reef of the National Marine Park, while increasing overall biomass of the reef system and habitat areas for marine life to colonize.

The project was initiated by Dr. Jaime Gonzalez Cano, local head of Mexico’s Environment and Natural Resources Secretariat (SEMARNAT). Dr. Cano reached out to the British sculptor, Jason deCaires Taylor, to collaborate and build one of the largest and most ambitious underwater artificial art attractions in the world. The project became a reality with the collaboration of both the Cancun and Isla Mujeres’ Nautical Associations and other private sector supporters.

Isla Contoy is the most important refuge for marine birds in the Mexican Caribbean. Its lagoons, mangroves and low jungles are home to 152 recognized bird species.

In winter the island fills with cormorants, frigates, herons, boobies and brown pelicans, totaling more than 10,000 birds. In summer, three species of sea turtles arrive on Contoy’s beaches to nest: the hawksbill, green and loggerhead.

The 98 plant species identified on Isla Contoy include thriving mangrove colonies which shelter many birds, reptiles, crustaceans and fish.

The ocean around Contoy is rich in nutrients and plankton that feed more than 234 recorded species of fish including whale sharks and manta rays.

Isla Contoy is jointly run by Amigos de Isla Contoy A.C. and the Secretary of Environment, Natural Resources and Fishing (SEMARNAT). Supervised eco-tourism and regulated commercial fishing is allowed on and near the island. Only a few tour companies have permission to bring a maximum 200 daily visitors to Isla Contoy.

Amigos de Isla Contoy mission statement: “To promote the conservation if Isla Contoy, nature areas and regional projects of the Yucatan peninsula through the sustainable development of local communities. 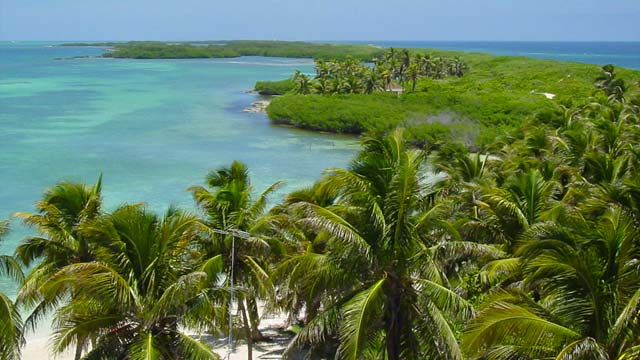